Members may reserve a guest room at The Mayflower Hotel. SFAA has booked a block of rooms at a group rate of $289 + tax. Please book your room via the link below or by calling the Mayflower directly and referencing SFAA or the Surety & Fidelity Association of America. In order to receive the group rate, rooms must be booked by 5:00 PM on March 18, 2022. After that date rates cannot be guaranteed. All reservations must be accompanied by a first night room deposit or guaranteed with a major credit card. Any cancellations must be made 72 hours prior to arrival to avoid penalties.

The Annual Meeting will be held in person on April 13 & 14 at The Mayflower Hotel in Washington, D.C. Come join us for two days of exciting programming and industry networking.

The entire SFAA team looks forward to welcoming you back to D.C. in April!

If you have any questions, please email Peniner Shade at pshade@surety.org. 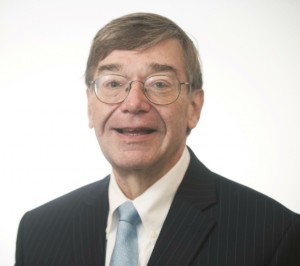 Charlie Cook is widely regarded as one of the nation’s leading authorities on U.S. elections and political trends. Charlie founded the independent, non-partisan Cook Political Report in 1984, serving as Editor and Publisher until August 1, 2021 when Amy Walter took over those roles, ownership and management of the venerable newsletter. Charlie will remain as a contributor to the renamed “Cook Political Report with Amy Walter.”

Al Hunt in the Wall Street Journal has referred to Charlie as “the Picasso of election Analysis” while the New York Times has referred to the Cook Political Report as “a newsletter that both parties regard as authoritative.” In 2010, Charlie was the co-recipient of the American Political Science Association’s prestigious Carey McWilliams award to honor “a major journalistic contribution to our understanding of politics.” In 2013 Charlie served as a Resident Fellow at the Institute of Politics at Harvard’s Kennedy School of Government.

Kichelle Webster – Director, Financial Services and Health Care Policy – Stewart Strategies and Solutions – Kichelle has over a decade of public policy and political strategy experience working in the US Senate, US House of Representatives, and on presidential campaigns. Prior to joining the firm, Kichelle served as Senior Policy Advisor for Congresswoman Alma S. Adams on financial services, health care, tax, small business, and housing policy issues. In 2019, she spearheaded the launch of the historic, bipartisan Congressional Caucus on Black Maternal Health, which boasts more than 110 Members. She worked in several roles for Senator Robert “Bob” P. Casey, Jr. and advised the Senator on appropriations, transportation, and community & economic development issues. Kichelle earned her Bachelor of Science in Biomechanical Engineering from Stanford University and is a proud native of the US Virgin Islands.

Mike Nielsen – Partner – CGCN Group – Mike is a highly regarded expert on financial-services issues who had a hand in crafting every major piece of legislation that moved through the Senate Banking Committee from the Gramm-Leach-Bliley Act of 1999 through the Dodd-Frank Act of 2010. Nielsen served as the top banking aide to former Utah Sen. Robert Bennett in his capacity as a senior member of the Committee on Banking, Housing and Urban Affairs. In that post, he dealt with banking, taxes, international trade and other financial-services matters. Nielsen began his career in Sen. Bennett’s office. He left Capitol Hill in 2010 to help the senator form The Bennett Group, where he represented financial sector clients with issues before Congress and helped them understand existing regulations. He joined CGCN in 2013 and continues to specialize in matters before the Senate and, more specifically, the powerful Senate Banking Committee.

Schedule of meetings and events: 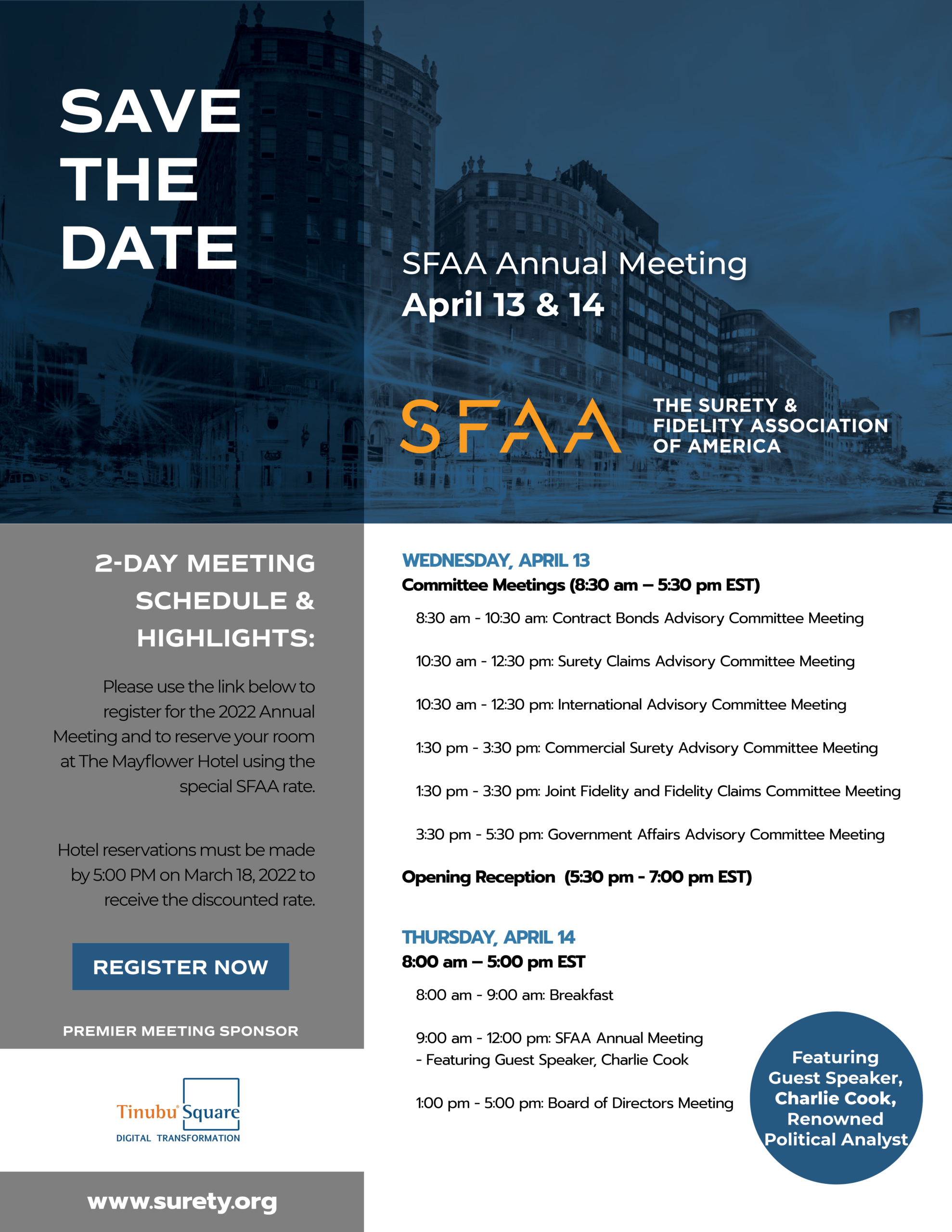 Learn more about
our industry through these
helpful resources.

If you’re a member of
SFAA, log in here for
exclusive materials.

SFAA promotes the interests of
the surety and fidelity industry
and all of its stakeholders.